Musings & Movies » Once Upon a Time in Hollywood

"There once was a dream that was Hollywood" 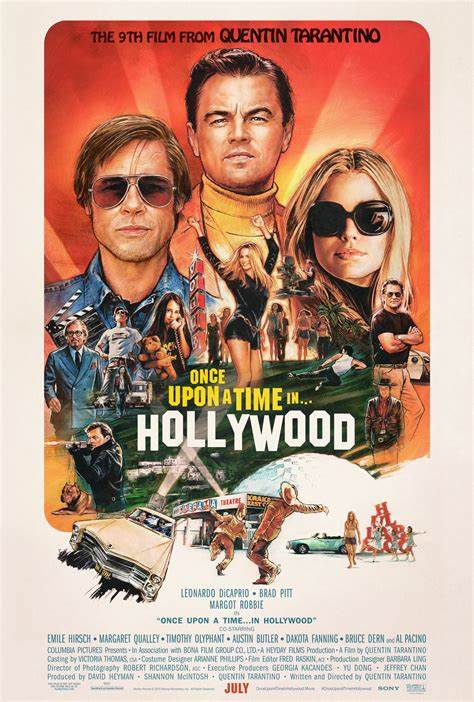 "Once Upon a Time in Hollywood", Quentin Tarantino's purported penultimate film, is a masterclass in capturing the essence of a particular year in history. The year in question being 1969, specifically in Los Angeles, which saw the breakouts of a number of actors, directors and musicians who would go on to dominate their craft, creating such classics as "Butch Cassidy and the Sundance Kid", a modern and genre-bending western for its time.

1969, also saw the twilight of an older generation in Hollywood such as the legendary John Wayne, who's iconic performance in "True Grit" hit theaters that year. Into this year of arts and cultures changing and turning in new directions, Quentin weaves a tale of a once successful actor, Rick Dalton (Leonardo DiCaprio), and his best friend and stunt double Cliff Booth (Brad Pitt) as they struggle to adapt and keep up with the changing film industry and new acting standards. 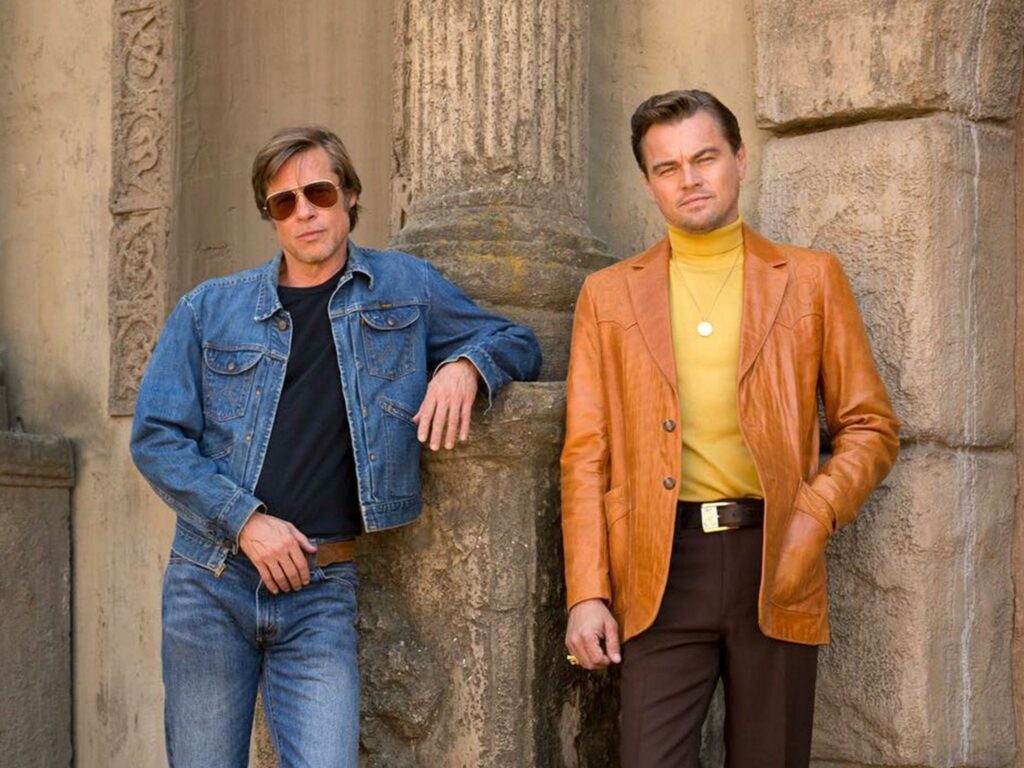 The film also stars Margot Robbie as Sharon Tate; an up and coming actress of the time who was tragically murdered by the Manson family in August of '69. While early buzz focused on the film being built around this controversial event, it takes a backdrop to the story of "Once Upon a Time in Hollywood".

This isn't a movie about the Manson murders, to the same degree that "Django Unchained" wasn't about slavery. Tarantino has a tendency to build his stories around controversial topics to be sure, but the controversy tends to be an element rather than the focal point of the story. 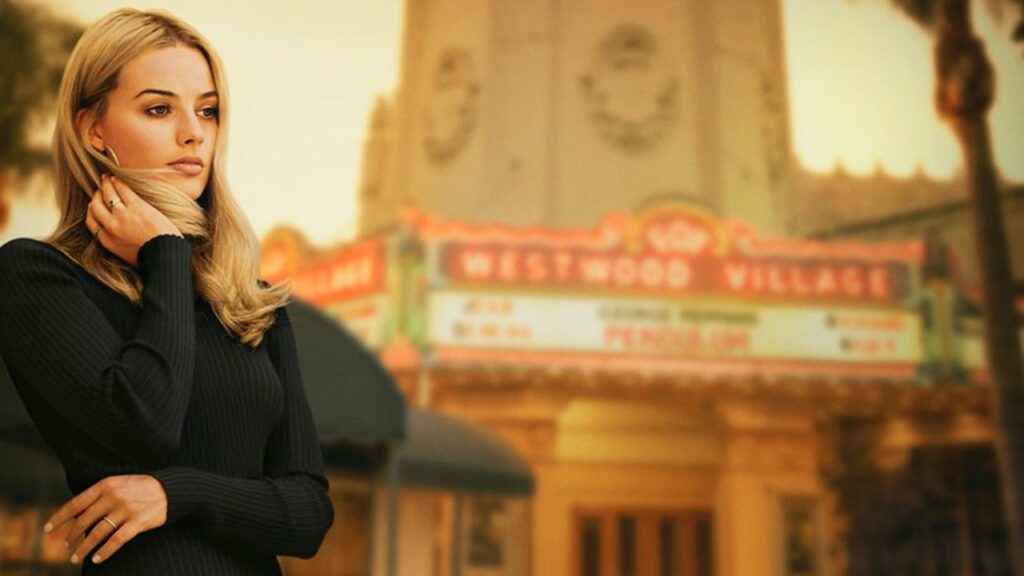 The story takes place primarily during one weekend in February of '69. Rick Dalton is bouncing from one TV show to another, and seems to always land himself the role of antagonist of the week. Having previously been a big star in a variety of films, he is struggling to either accept his lot in life or find a way out of it. His agent advises him to travel to Italy and star in westerns there. Rick balks at the idea. While he hasn't given up on Hollywood just yet, he breaks down in the parking lot and confides to his friend Cliff. 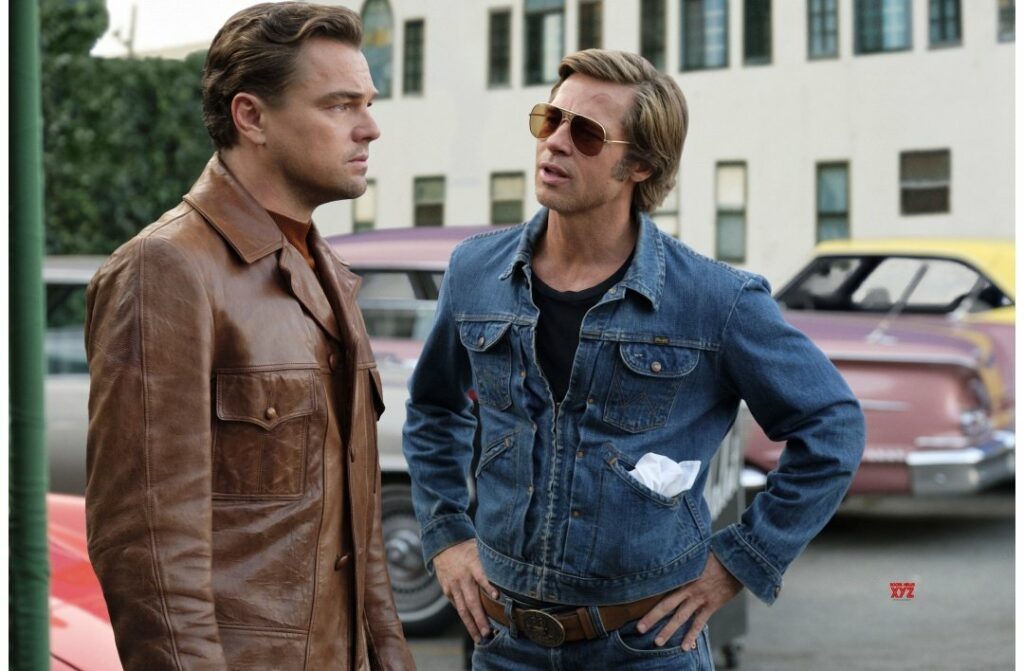 "OUATIH" follows the two on set of a couple productions; Rick flexes his dormant acting chops as the villain in a new series "Lancer", where he meets a strikingly talented young co-star and struggles to let go of old habits for the sake of his craft.

Meanwhile, Cliff fixes Ricks TV antenna and reminisces about a short-lived stunt position on "The Green Hornet", during which he got into a fight with star, Bruce Lee. His past hot-headedness has relegated him to errands and menial tasks for Rick, but Cliff never complains. In contrast to Ricks soul-searching, he seems quite accepting of his lot in life, perhaps because he sees himself as lucky to be where he is.

Throughout the weekend, we occasionally see Sharon Tate and her friends at parties or attending the theater. Sharon serves more as an icon of this bygone era than a major character in the story. An almost ethereal vision of an idyllic Hollywood not destined to last. 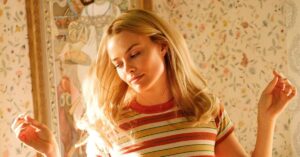 There are fleeting glimpses of characters those familiar with history will know are members of the Manson family. Their presence brings a sense of foreboding to the film, as we know that this almost paradisiacal Hollywood of the past was destined to be devastated by senseless violence all too soon.

Our three main players are at their best here; DiCaprio the actor uncertain of whether or not his best years are behind him, Pitt the dependable friend who enjoys a simple life and loves his dog, and Robbie as a vision of 60's Hollywood personified.
The final scenes will remain controversial and produce differing opinions. While some may find the depiction abhorrent, others may find Tarantino's handling of a delicate subject respectful and tasteful.

The films ability to recreate the feel of 1969 in Hollywood is beautiful to behold and should earn accolades for its production design, cinematography by Robert Richardson, and editing by Fred Raskin come award season. You will feel as if you've been given a window into the past.

Quentin's consistently excellent choice of soundtrack works wonderfully to further push us into his vision of Hollywood, providing a seamless duplication of the radio of the times, and his writing, which launched and has always been the bedrock of his career is flawless as ever. While the dialogue may not be as electric as his earlier scripts, that style would not have fit here. Instead this is a decidedly older and more seasoned Tarantino, and his insatiable love of film combined with a masterful talent for homage in his directing makes this his most contemplative film to date 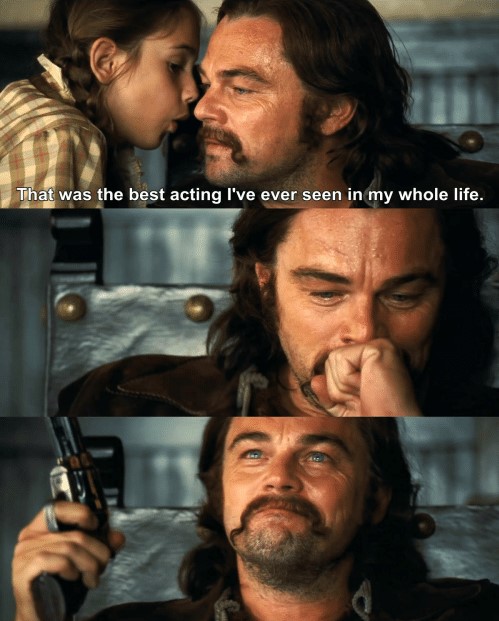 "Once upon a time in Hollywood"